Set up a Consultation Today 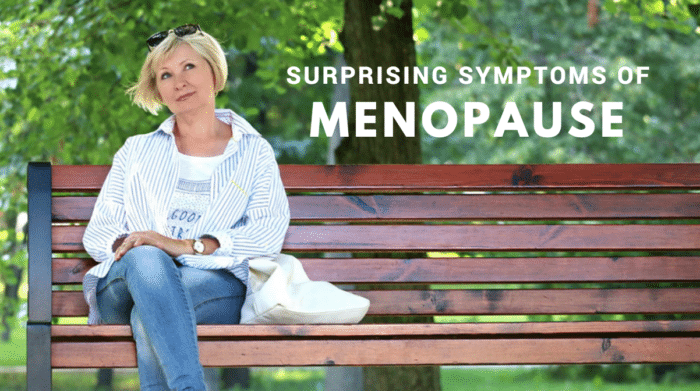 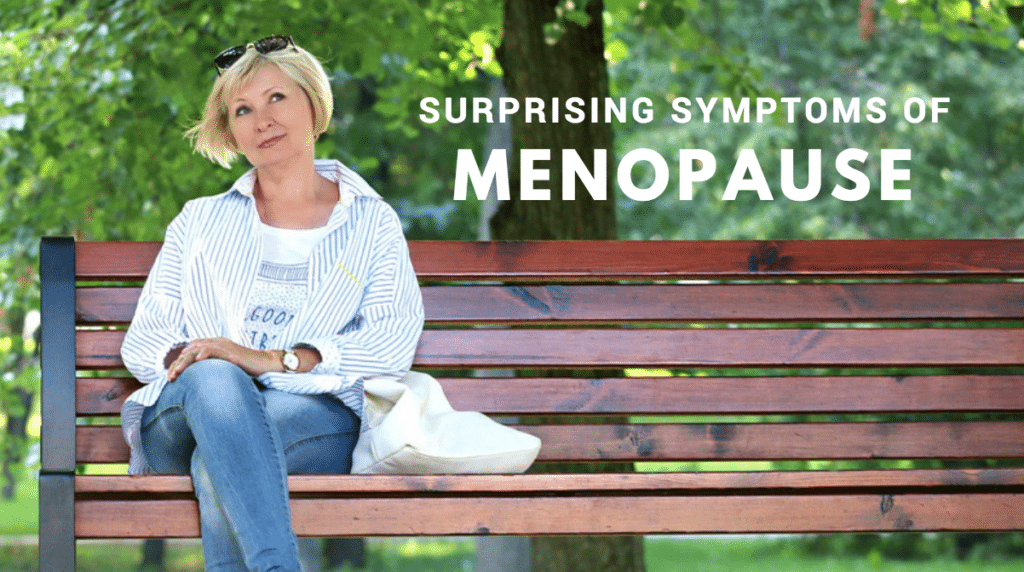 Notorious menopause symptoms are usually associated with hot flashes, mood changes and a slowed metabolism. Menopause is officially diagnosed after 12 months without a menstrual cycle. According to the Mayo Clinic, the average age for menopause in the United States is 51 years old, and the process can be uncomfortable and strange for many women in their late years. There are many symptoms of menopause that are uncommon but are a result of the hormone changes in the woman’s body.

Just like a young girl in middle school going through puberty, women experiencing menopause might experience a significant increase or change in body odor. Like most symptoms of menopause, a rapid shift in hormone levels is to blame for this symptom.

Like many menopause symptoms, a burning sensation on the tip of the tongue or at the back of the mouth can last for several years. This pain is similar to the feeling of a hot drink burning the tongue. Hormone level changes are to blame for this symptom, which typically indicates that the menopause transition is on the verge of happening.

Dental problems occur when estrogen levels decrease. Hair, skin and nails commonly become damaged and dry during menopause, but the mouth can also be affected by this hormone change. A dry mouth can lead to tooth decay and bleeding gums, among other things, according to First for Women.

The sensation of an electric shock typically happens after a hot flash. According to 34 Menopause Symptoms, it is not completely understood why shocks occur, but prevailing theories suggest that the cause is vitamin B deficiencies or hormonal fluctuations affecting the cardiovascular system.

If you are looking for a source of release from menopause symptoms, check out the bioidentical hormone replacement therapy (BHRT) programs available at KC Wellness Center by calling us at 816-214-5276 or visiting http://bit.ly/2mjwoOh.

Fill Out Our Form For More Information
Call Now Button